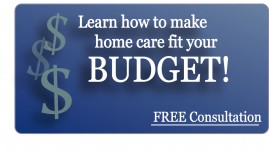 I needed help fast and CareTeam was there.  They came in – professional and efficient – seeing to my every need.  It was almost like having your family take care of you.  They cheered me up and cheered me on.  CareTeam is a wonderful group.  I tell all my friends about CareTeam.

Thank you so much!!  Do not know what [Mr. H] would have done if it had not been for each of you.

friend of client since 2018

… I cannot stress enough how much Adrian brightens my day –  I look forward to Wednesday morning for my Friend to come over…  She has helped me deal with the death of my husband, and I do appreciate it.  I’m not certain about how to set her up for Sainthood, but I might look into it!!

Our caregiver, Sarah, is always on time, very attentive to our needs, and always has a smile. 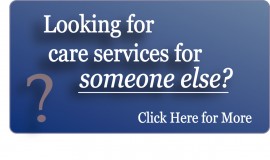 Caring for a Person with Alzheimer’s Disease: Part I – The Brain’s Aging Process

This is a short series presented by CareTeam about Alzheimer’s Disease (AD).  We want to help people who are caring for loved ones with the disease be better able to cope with the effects, and ultimately to become a better caregiver for their loved one so that the family can be whole again.

Scientists have learned much about what happens in the brain when people have a neurodegenerative disease such as Parkinson’s disease, AD, or other dementias.  Their findings also revealed much about what happens during healthy aging.  Researchers are investigating changes related to healthy aging in hopes of learning more about this process so they can fill gaps in our knowledge about the early stages of AD.

Natural Changes Associated with Aging.  As a person gets older, changes occur in all parts of the body, including the brain: Certain parts of the brain shrink, particularly areas associated with memory, learning, and planning.  Changes in the brain’s blood vessels occur, so that blood flow is reduced and fewer new capillaries grow.  In some people, structures called plaques or tangles develop (though this is natural, it occurs in much larger amounts in individuals with AD).

These aging effects are normal.  Most elderly adults notice a modest decline in their ability to learn new things and remember information, or to perform complex tasks of attention. However, if given enough time to perform the task, healthy people in their 70s and 80s often reach similar results as those of young adults.

So why do some adults’ brains age “normally”, while others’ develop diseases? Researchers are still investigating into this, but they believe this is the result of differences in genetics, education, occupation, lifestyle, leisure activities, and other life experiences.  These factors provide a certain amount of tolerance and ability to adapt to change and damage that occurs during aging.

The Medical Effects of AD.  Alzheimer’s Disease (AD) disrupts critical metabolic processes that keep neurons healthy.  This causes nerve cells to stop working, lose connection with other nerve cells, and finally die. The destruction of these cells causes the memory to fail, personality to change, and problems in carrying out daily activities.  The brains of people with AD have an abundance of two abnormal structures that develop as people age: amyloid plaques and neurofibrillary tangles.  These structures are made up of mis-developed proteins.

Amyloid plaques are found in the spaces between the brain’s nerve cells, as first described by Dr. Alois Alzheimer in 1906. Plaques consist of largely insoluble deposits of a toxic protein called beta-amyloid.  We now know that most people develop plaques in their brain tissue as they age. However, the AD brain has many more plaques. We don’t know if the plaques themselves cause AD, or if they are a byproduct of the AD process.

The second characteristic of AD, neurofibrillary tangles, are abnormal collections of twisted protein threads found inside nerve cells.  Healthy brain neurons are supported by structures called microtubules which help carry these protein threads to the cell.  In AD, an abnormally large number of additional phosphate in the brain causes the protein threads to leave the microtubules and become tangled with each other inside the neuron cells. The microtubules – which are no longer being used by the proteins – disintegrate.  This collapses the brain cells’ internal network so that nutrients are no longer able to reach the cells and so that neurons can no longer communicate with each other.